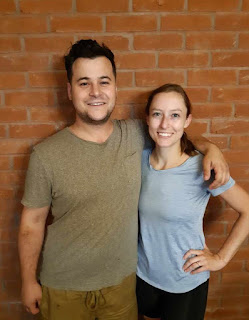 The Ottawa Jewish Archives has a launched a new podcast, 613Archives, to tell stories about the history of Ottawa’s Jewish community.

Archivist Zoe Thrumston says the podcast was given this name because 613 is both Ottawa’s area code and the number of mitzvot listed in the Torah.

While a lot of her work involves cataloguing newly donated materials, “the fun part of my work is getting the information out there through educational programming and dissemination projects,” Thrumston said.

“I was thinking about how the community might want their stories told, and I thought a podcast would be a great way to do so because they are creative, accessible and easy to digest,” Thrumston said.

“The issue is making [history] fun and compelling to people.”

Thrumston is the researcher and writer for the podcast and her collaborators are history buff James Gutman as host and klezmer/hip-hop musician Joshua “Socalled” Dolgin as producer and sound-mixer. A $3,000 grant from the Ottawa Jewish Historical Society helped make this possible. 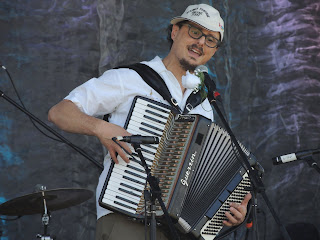 The first episode of the 613Archives podcast – which is now available on such podcast platforms as Spotify, Google Play and Apple Podcasts – is about the history of Adath Jeshurun, Ottawa’s first Jewish congregation. The second episode will discuss the historical roots of Rideau Bakery. As for the next three episodes, Thrumston said she wants them to be a surprise for the community.
Thrumston said her team has already received positive feedback from the community.

“People are interested, and I think Ottawa’s Jewish community hasn’t had a podcast just about us before… It is fun to hear about your own history,” Thrumston said.

Thrumston said she will not be basing the podcast’s success solely on the number of listeners.

“If I can have even a few people listening who are touched, entertained or have learned something, then I would consider this a success,” she said.

For more information about the 613Archives podcast, contact Zoe Thrumston at archives@jewishottawa.com or 613-7984696, ext. 260.